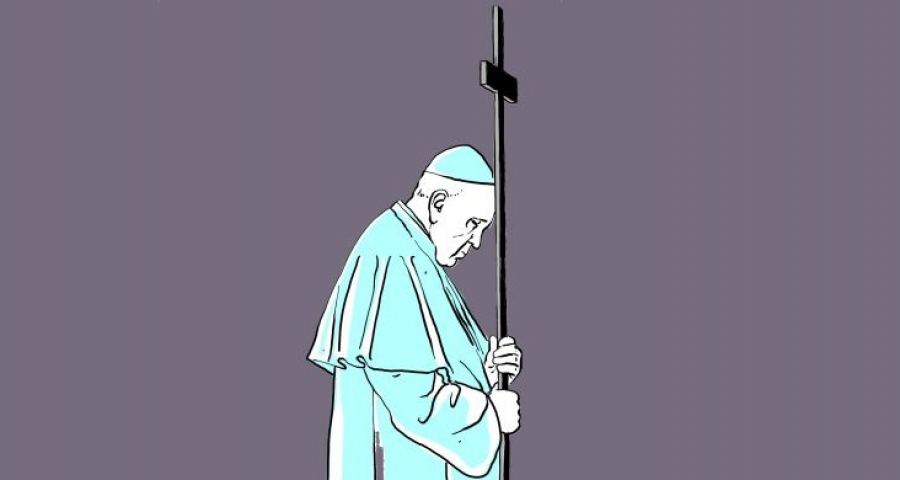 At a time when capitalism is showing its insufficiency to save the planet and the poor, the pontificate of Francis is proposing important challenges to economic and financial life.

On 25 January 1959, three months after his election, Pope John XXIII convened the Second Vatican Ecumenical Council. In Italy we were in the midst of an economic boom, the youth movements of '68 were far away, the Beatles had not yet been formed. That elderly pope managed to dream of a church and a world that did not yet exist. John XXIII and in him the Church (to a large extent) was able to read the signs of the times before they changed. He saw, read and gave voice to the weak signals of his own time. And then he acted, convening a Council that made the Church change before civil society, catching the breath of the Spirit at the opportune moment/kairos.

The enormous epochal significance of that Council also depended on its ability to anticipate the times. The Catholic Church, which is considered an icon of the slowness of processes of cultural change, was then faster than civil society. It understood early that there was a demand for participation, community, the protagonism of the people, the overcoming of certain inadequate hierarchical structures, a return to the centrality of the Scripture, and that people were asking for more space and more listening.

Today Pope Francis finds himself in a subjective and objective condition similar to that of John XXIII. With Laudato si' and Fratelli tutti he has put the economic and ecological dimension back at the centre. And at a time when capitalism is showing its insufficiency to save the planet and the poor, the pontificate of Francis is proposing important challenges to economic and financial life.

If, as his great legacy, Pope Francis also wanted to convene a Vatican Council III – and I believe it would be very useful and necessary – it is very likely that he would centre it on economics and ecology. The signs are becoming very strong suggesting that the economy that has governed the world over the last two centuries is no longer adequate to the new environmental and social challenges. Pope Francis is the only ethical authority of a global influence who is carrying on with his own profound and systematic reflection on the crisis of capitalism and its fate, and to understand this it is enough to take a good look at the movement of young economists and entrepreneurs he has launched: The economy of Francesco .

The challenge now consists in making his action and thought the action and thought of the whole Church. The Ecumenical Council is the instrument for this passage from the individual prophecy of a pontiff to the collective ecclesial prophecy. It would certainly be a different event from that of John XXIII (and Paul VI), because involving all the bishops of the world (who have grown so much in number) requires other instruments in our day. And above all because, after Vatican II, a new ecumenical Council could not remain just a matter of bishops but should also seriously involve the laity; it should not be only men’s business but also that of women; not just a matter of adults but also young people; nor just a matter of Catholics but it should involve the other churches, other religions and atheists of good will.

The church of Francis today would have the resources to prepare a new epochal change, that of 'capitalism' after capitalism. Because a new economic culture and practice do not just need new techniques, new laws, new theories, but a new spirit that cannot be learned at business schools or even universities. The spirit is born from the soul of individuals and peoples. Francis knows this well, and his Church can grant it to all.