The logic of the ravine 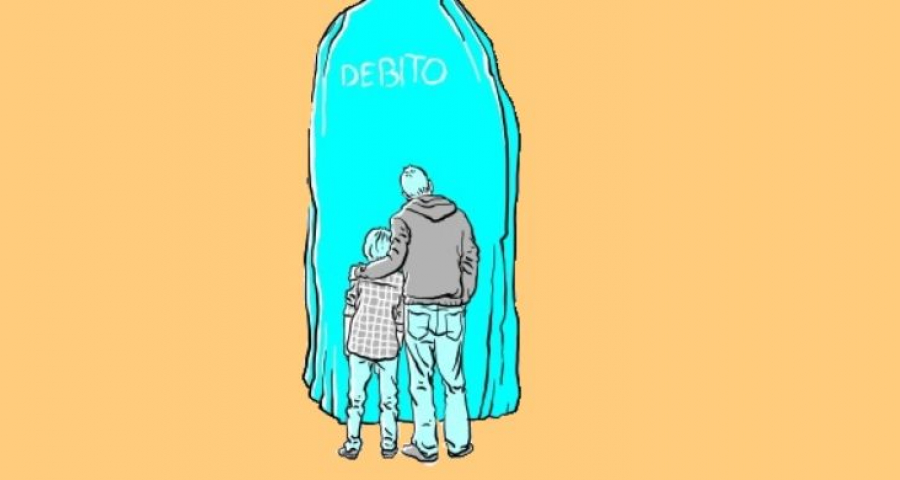 Ecology must be inserted within the economy, in that integral ecology-economy which is the great message of the encyclical «Laudato si'».

The economic theme of the moment is ecological transition. But the signals are ambiguous. Instead of putting a person with a strong and clear ecological sensibility in the Ministry of the Economy, we have put a man from the Bank of Italy and the financial world in there, and then we have put another person, another man in there for the ecological transition - who, by the way, comes from our largest state-owned company of arms. Thus continues the 'logic of the times' that has brought us to the ecological conditions that all of us are experiencing. This dichotomous logic causes the economy and finance to act according to their own rules (i.e. tax amnesties, the revival of gambling, etc.) and at the same time the Minister for the Transition should make the economy ecological, although it is conceived and conducted without being ecological from the beginning. We know, however, that if the economy is not "immediately" and from the outset ecological, it immediately becomes dis-economy. Ecology must be inserted within the economy, in that integral ecology-economy which is the great message of the "Laudato si'".

The billions that are pouring in from Europe are also ambiguous. Not only do they not guarantee a solution to our problems, but they may be representative of a new problem. The influx of money means an increase in public debt, since a good part of those billions are loans, with better and good conditions, but still debt, which is added to the current debt (which has been rising in the last two years). And so we continue to dump our troubles on the future, as in the recent past. We called it Operation Next Generation EU, but as it looks now we are leaving the next generation with huge debts. That's why a wealth fund should be a complementary policy to Europe's aid-loans and increasing domestic debt. Because when we experience huge crises like covid is now, it is unethical to shift the consequences of extraordinary costs onto our children. If we are a community, when the house burns down or collapses, those who live in that house, and have the resources to do so, must pull them out for the "common good".

This is called the principle of subsidiarity, which dictates that before asking Europe for help, we as a country must take responsibility here and now for finding the resources and repairing the house that is crumbling. Because if this expenditure is done with debt, not only do we pass on our costs to the young, but we also make the poorest people pay the bill. We tax the non-wealthy. Because the general taxation is covered by the general tax collection, which means with the labours of employees and the lower and middle classes, because it is well known how much tax entrepreneurs, freelancers and the truly rich pay: repairing the extraordinary damage with ordinary taxes means asking the poor to pay for the repair of the houses of the rich, and making the next generations and the lower classes pay the bill for our tragedies. A case of profound injustice, which has been repeated for centuries amidst the silence of the media, because those who write and approve laws are the same ones who hold the reins of public opinion.

All this, and more, was discussed at the national Slotmob day against gambling on 10 July, and then (it will be discussed) at the Festival of Civil Economy  in Florence (Palazzo Vecchio) from 24 to 26 September. The idea is to continue to think about the economy in depth, so that the world does not continue to suffer too much "for lack of thought".