Abel and the circular economy 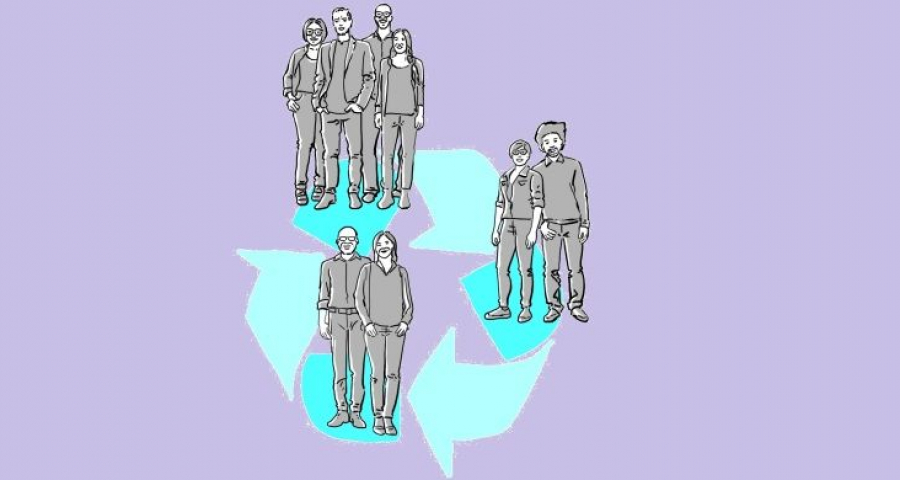 What is still missing from a circular economy in order for it to be "civil" and even of "communion"?

«Circular  Economy» seems to be the watchword of the new green and sustainable economy. We certainly cannot deny that circularity in the use of resources is an important achievement of our civilisation, and that the internal supply chain of every organisation must increasingly think of itself as having a near-zero impact. All this is now so evident that there is no need to add much more to the many pages that have been written on all levels, including the Next Generation EU Fund, all built around this new economic philosophy.

Instead, it may be useful to reflect on what is still missing from a circular economy in order for it to be also 'civil' and perhaps 'communal'. First of all, ethics is not only an environmental issue; it must be environmental, but it must also be something else. It was emblematic that the Italian government, as soon as the new Ministry for Energy Transition was created, approved a tax amnesty on recovery notices.

And it would be very important for governments to put the same effort that they put into fighting CO2 also into fighting the "CO2 of inequality", as the young people of the Economy of Francesco have said; to put the same energy into eliminating the scandal of tax havens, which is the biggest legal tax evasion in capitalism; and with the same force to ask those multinational companies and banks that have made a lot of money from the pandemic to return part of these extra profits, perhaps to pay for vaccines in the poorest countries.

In addition, for several years now there has been a sort of crowding-out effect of the green dimensions with respect to the others. The entire world of international cooperation with developing countries, social cooperatives, and organisations set up to deal with the excluded and various forms of poverty are experiencing a progressive reduction of resources that are being allocated to environmental sustainability programmes. It is as if the 'just poor' have disappeared from the Earth, or as if caring about the environment automatically meant engaging in the alleviation of poverty. One of the great themes of Laudato si' is the uniqueness of the cry of the Earth and the cry of the poor; but the new wave of circular economy is in great danger of forgetting this second cry, as it is getting absorbed by the first.

A circular economy is also civil and communitarian if, while it does everything to recover resource waste, it also does the same, and perhaps more, to recover "human waste", or to reduce unemployment. Instead, there are already many circular companies that show no interest in poverty or wage fairness, or even the creation of new jobs. In the new environmental balance sheets we can find wonderful accounts on the circular plan which, however, lay off thousands of workers in order to maximise profits. Profits: in the circular economy textbooks no one talks about the destination of the profits that arise from respecting the environment.

Integral ecology also includes the use of profits, taxes paid and unpaid, workers' welfare and the creation of new jobs. An economy that is civil and of communion requires the ability to call man and woman brother and sister, and not just the Earth. Biblical and Christian humanism knows that man (Adam), born of the earth (adamah), is called to take care of (shamar) creation but also of his brother: we cannot continue to imitate Adam in the care of the earth and Cain in the non-care (shomer) of his brother.