The good fruits of great evils 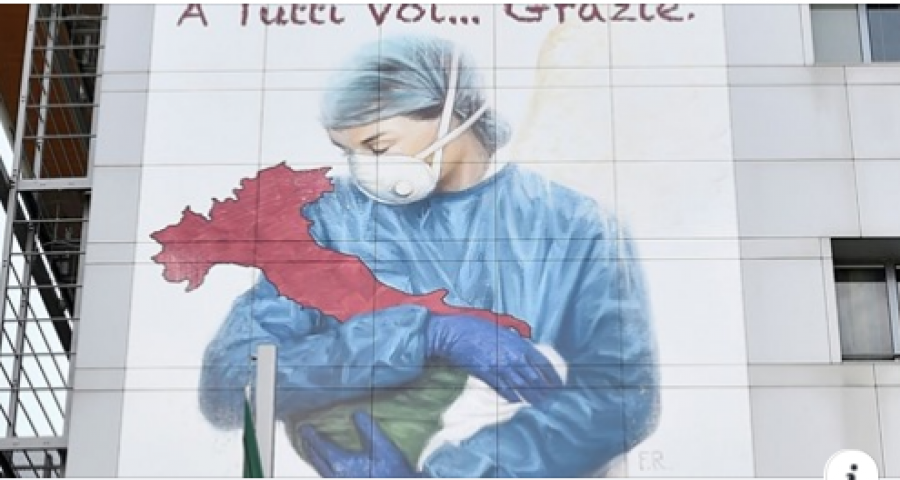 The collective dimension of fear and death: this is the legacy that 2020 leaves us. We had already forgotten the great collective fears; we had relegated death to the intimacy of the family and the solitude of the individual's heart. And we have learnt that a house is too small to process the pain of grief, because in order for us not to die together with those we love, we would need the strength of an entire community. Being in the same storm we felt the same fear, we shared the fear of death, and having shared it, it did not overwhelm us.

We do not know how we will emerge from this annus horribilis. We will certainly come out of it without a good part of that generation born in a very poor Italy and dying in a wealthy one. Parents and grandparents whose virtues, pietas and popular faith generated families, businesses and democracy. Share-croppers, peasants and housewives who knew how to use the stones of the rubble of wars to build social and economic cathedrals. We all suffered watching them die, all too often alone, because we felt that something wrong and profoundly unjust was taking place. It was a generation that had walked behind a great star of morality: "The most important happiness is not our own, but that of our children". They sacrificed themselves because the value of the future was greater for them than that of the present.

But then, especially women, after spending their youth caring for their children and parents, too often giving up their own professional flourishing, found themselves growing old and then dying outside their home.

So, a first lesson of this year is about the culture of ageing, which we lack too much. In just a few decades we have wasted the good art of ageing and dying learned over millennia, and while we are expecting to find a new one we are making our mothers and grandmothers, who left this earth with an enormous and inestimable credit for care and nursing, pay a very high bill. Here, too, lies a root of this year's pain, in a collective debt of which we became aware of just as it was being extinguished.

History has known other horrible years. In 536 A.D. a mysterious (volcanic) fog plunged Europe and parts of Asia into almost total darkness for about a year and a half. Thus gave start to the coldest decade in two thousand years, with snow in summer and crops destroyed from Europe to China, resulting in an extremely severe and long famine. 1347-48 was the year of the arrival of the Black Death, an enormous massacre that killed a third of the European population. In Florence, which was particularly hard hit, three major changes were generated by that disaster. According to the chronicles of Matteo Villani and other Florentine writers, the end of 1348 marked the beginning of a perverse moral conception of life and of greater-scale malpractice. The return to life after all that death generated a frantic race for luxury, to drink the chalice of new-found life to its last drop. There appeared a new squandering and corruption that were also amplified by the great inheritances left by those who had died of the plague: much of the money that flowed into the Florentine chests ended up in the wrong pockets.

But there were other effects of a different kind, too. The Priors of the city adopted measures to help debtors who had become insolvent as a result of the plague, and in 1352 an office for the rights of the arts and trades was set up in Florence for the benefit of insolvent debtors. Finally, 1349 was a year of great development for Florence in terms of libraries and investment in books and works of art. The city government re-founded the Florentine Studium, the libraries of Santa Croce and Santa Maria Novella were greatly expanded, and various incentives were created for the purchase of manuscripts. These cultural investments were decisive for the beginning of Civic Humanism, one of the most unexpected and extraordinary side effects of the Black Death. Citizens, Dominicans and Franciscans understood that the way to start again after the great catastrophe was not the race for luxury, nor the frantic search for life's pleasures to forget death; instead, they sensed that they would be resurrected if the symbolic codes for a Renaissance were to be written by a new culture.

In 540, while Europe was going through the worst famine of the first millennium, Saint Benedict wrote his Rule in Montecassino, which marked the start of the extraordinary season of western monasticism, essential for the rebirth after the fall of the Roman Empire. The plague in Florence gave rise to The Decameron, one of the absolute masterpieces of world literature, begun by Boccaccio in 1349, with the plague still raging, aiming to console his people: “I mind me how very pitiful [= merciful - the tr.] you are all by nature” - these are some of his first words there.

We cannot get out of major crises without artists and prophets; it is their consolations that are really necessary for the recovery. Economic aid is important, especially if it is aimed at preventing debtors from bankruptcy, but it is not enough, and it can complicate the path, also because it often ends up in the wrong places. The artists and prophets of today are different from those who saved us in past centuries; but, again, we will come out better if we will also have generated our artists and prophets.