The Market and the Temple 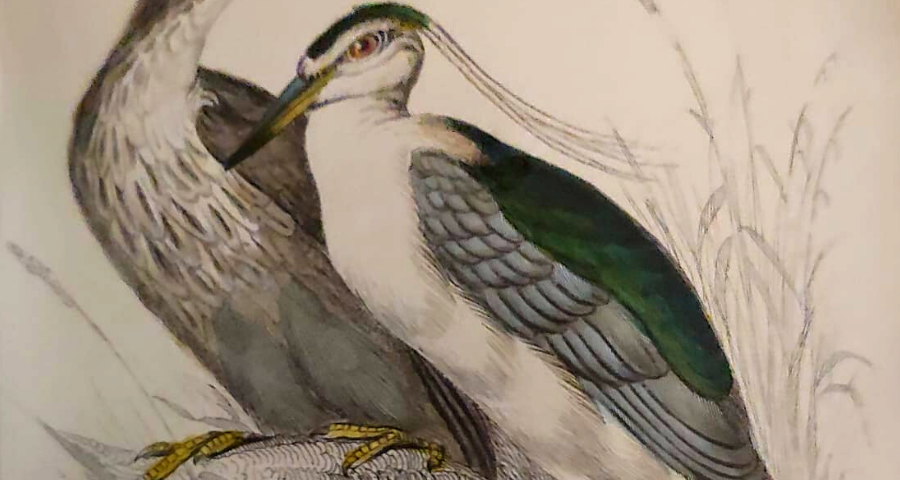 The Market and the Temple/12 - The Latin and pre-capitalist humanism of medieval cities and merchants and the critique of the spirit of capitalism.

The progressive emergence of mercantile ethics in the European Middle Ages was something much more complex than the simple secularization of ancient religious ethics. The process that led from medieval market economy to capitalism has not been linear; there were plenty of interruptions, deviations and leaps along the way. The medieval merchant was first medieval of nature then a merchant. Along with customers and suppliers on European trade routes, he also encountered demons, spirits and saints, and as he grew rich on earth, his mind turned to heaven. Inhabitants by vocation and in every season of the "middle ground", those merchants were both men of their time and men out of time, rooted in their age and yet anticipating new times. Like all innovators, they constantly moved between the already and the not-yet, the last representatives of a world and the first of another that did not yet exist. They stood on the crest of time, and from there they could look farther, anchored in the present while speculating about the future. The first and most important community in which they lived was not the societas mercatorum but the Christian community, their first law was not the lex mercatoria but that of the Church. In fact, a social mortgage weighed on their wealth, a spiritual fire that heated the money that burned in their hands if they did not share it with the community.

In one of the first books on trading we find the following words: «What the true trading law must contain in itself: Always applying straightforwardness will benefit it, long providence will benefit it, and what it promises will not go amiss... Making use of the Church and donating to God. Prohibiting usury and games of hazard, writing of reason well and not erring. Amen» (Francesco Balducci Pegolotti,"The practice of trading"/, "La pratica della mercatura", c. 1340, p. XXIV). "True and merchant law" thus lived on an intertwining of commercial practices and fear of God, of economic reason and theological reason, of the ethics of guilt and the ethics of shame. The search for individual happiness made no sense, if it was not preceded, ordered and balanced by the search for felicitas publica. The one so dear to the Romans, which here encountered the Christian theology of the community as the body of Christ, and therefore with the philosophy of the Common Good. The pursuit of public happiness was a direct, intentional pursuit, which took concrete form by renouncing considerable parts and aspects of private goods (not 2% of profits...) in order to realize common goods. We are therefore on the opposite side of the modern philosophy of the "invisible hand", according to which public wealth arises, indirectly, from the individual search for private wealth. In medieval humanism common good was born by subtracting resources from private goods, in capitalism it would be born by adding up private interests (the greater my good, the greater the common good).

When a new economic spirit began to develop in Southern Europe with the second millennium, that spirit was certainly new but it was not yet the true capitalist spirit, if it is true that the latter consists in looking at "wealth as the most suitable means for an ever better satisfaction of all possible needs "(Amintore Fanfani,"Catholicism and Protestantism in the historical formation of capitalism"/"Cattolicesimo e protestantesimo nella formazione storica del capitalismo", 1934, pp. 15-16). Wealth was very present in Florence in the thirteenth and fifteenth centuries, but it could not satisfy all needs; it did not give social esteem, inner peace, nor did it provide a path to paradise: or rather, wealth also satisfied (part of) these needs when the rich freed themselves from it, by giving it away. We must not forget that throughout the last part of the Middle Ages the influence of the Franciscans, the Dominicans and the religious orders on economic and civil life was great, at times very much so. The squares and fairs were all populated by friars and monks who, with their mere presence, reminded the merchants of hell and purgatory; they were their confessors, counselors and spiritual assistants, the preachers were imposing figures who did not leave any businessman indifferent - perhaps only the Lenten preachers managed to impress the people more than the wealth and beauty of the great merchants. The new mercantile riches were embedded in a religious and cultural context that praised poverty. The Franciscans and Dominicans had really changed the world, in a way and with a force that we can no longer even begin to imagine. Thanks to them, the Christian ideal was evangelical poverty, not wealth. It was the ideal for the friars and the nuns, but also for the laity, many of whom were included in their Third Orders.

In Latin countries wealth was good only if it was shared, and only if it also became public wealth, because the centre of civil life continued to be the community. In the Latin Middle Ages, wealth was shared through donations and wills, in Latin modernity it would be shared through the welfare state. The notary ser Lapo Mazzei wrote the following to the very wealthy merchant Francesco di Marco Datini: «Seeing that the Rule of Saint Augustine was not observed in Siena and other villages, twelve friars, with one of their elders (a so called holy person), left Siena for a place in the near vicinity, a poor humble place in a wood, to live according to the Rule, in poverty. … They wish to let you know, if it pleases you, that be it on the coast, uphill or on a plain, it is nothing for them; because with a little bit of help, simple bread would be enough for them» ("Letters from a notary to a merchant"/("Lettere di un notaro ad un mercante", 1880, vol. 2, p. 132). In this and many other letters, Mazzei asks his "father", (as he calls him), to help convents, monasteries, and private families, economically, to buy sacred objects, and at the end of his life he has him write a new testament in 1410 where he leaves (almost) all his extraordinary wealth to the charitable foundation of the "Ceppo dei poveri" in Prato. In another letter, Mazzei lectures his merchant on the nature of true riches: «Those who are certainly disordered, and ignorant of what a man's wealth is, like blind people believe that wealth is to possess a lot of goods purchased in whatever way possible. They, as false instigators, call good evil and evil good» (L. Mazzei, p. 154). Mazzei was a layman, yet for Datini he was a true spiritual companion, the main protagonist of their conversion. Faith was culture, not just a religious matter - the Middle Ages were much more secular than we can imagine, even inside the walls of the monasteries and convents. The blessed Sister Chiara Gambacorti, a Dominican, always wrote the following to Datini: «We are poor; and yes, as poor people, for the love of Christ we beg that in our need you often give us the help which God inspires you to offer» (L. Mazzei, p. 319).

An essential aspect of the relationship between wealth and poverty in that humanism emerges from these letters. The poverty chosen by the sisters, which puts them in a necessary condition of help, creates a moral obligation in the rich to help them, which also performed a function of redistribution of wealth, turning it into something good. A mutual advantage at the center of the civil pact that supported the ethical system of the Middle Ages, which rendered its churches and cities splendid, and which still make us live. An unjustly imprisoned poet wrote the following to Datini, while asking him for a loan (not alms): «I am not ashamed of anything and even less of being poor» (Jacopo del Pecora, p. 345). Poverty in that world was not a source of shame; misery was, but not evangelical poverty, because it was an imitation of Christ (and of their saints), and getting to know it was considered a moral privilege.

There had always been merchants in Europe, since the Roman Empire; but the few great merchants of the thirteenth century were different. They operated on international markets, they knew the countries of the world, they were very rich, spectacularly so, and above all they helped to make their cities rich and splendid as well. They were rich, yes, but they were not yet capitalists, because they were possessed by a spirit still medieval in nature: «For a pre-capitalist, not only must one discriminate between licit and illicit means for the acquisition of wealth, (something that holds equally true, while applying different criteria, for a capitalist as well), but a discrimination must be made between a lawful versus an illegal intensity in the use of those lawful means. For a pre-capitalist, morality not only condemns the illegal means, but also limits the use of lawful ones» (Fanfani, p. 18). Pre-capitalist economic morality moved in a space marked by two pre-Cartesian axes: lawfulness and intensity. Two axes linked together, because the evolution from the 13th century of the lawfulness of interest and profit also had consequences in terms of intensity (if, within certain limits, making money with the help of money becomes legitimate, then indirectly it also confers a more positive ethical status on wealth itself). With the birth of the capitalist spirit, the second axis (intensity) disappeared and only the lawful-illegal axis remained, increasingly defined by the laws of the States and less and less by religion. Intensity was no longer subject to the judgment of lawfulness, and in the Protestant context of the time, wealth became an indicator of God's blessing. Hence, here we are, in the midst of the ethics of capitalism. It was consequently a radical change of spirit towards wealth that created capitalism, when, suddenly, individual enrichment became a blessing.

The ever-present, though not new, question is then: Was the spirit of modern capitalism a development of the economic spirit of the medieval merchants, or was it a betrayal of it? Was the DNA of the Bards and Datinis of the time the same as that of the Rockefellers and Bill Gates of our age? Or maybe there was a leap of species? The Catholic economic school of thought, which starting from Toniolo reaches Barbieri by way of Fanfani, has interpreted the birth of capitalism, and therefore the change of the economic spirit in the passage from the Middle Ages to Modernity, as a decline and moral decay of the economic spirit: «While the Reform released the bridle of suffered and less honest gains with its informative spirit, it informed and profoundly shook the Catholic scientific tradition and canonical legislation, snatching the moral discipline and aspect of economic relations from the Church, which had always aimed to keep man up in the face of capital. It is from that moment that the no longer counterbalanced evolution of capitalist economy began» (Giuseppe Toniolo, "The modern capitalist economy"/"L’economia capitalistica moderna", 1893, p. 221). Even with some distinctions between one author and another, these Catholic scholars interpreted modern capitalism as a betrayal of late medieval humanism. The dominant culture in the twentieth century considered this "Catholic" reading to be backward and altogether wrong. However, a capitalism that is no longer "counterbalanced" and which is deteriorating the planet and increasing inequalities, should it not make us reopen a new season of critique of the spirit of capitalism? 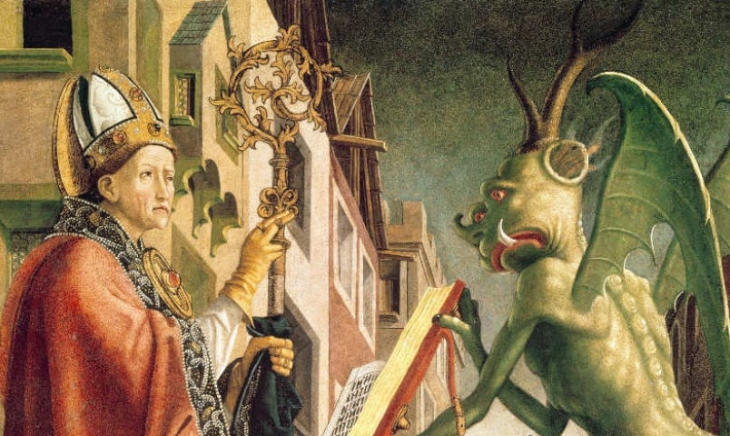