To learn about heaven we should descend 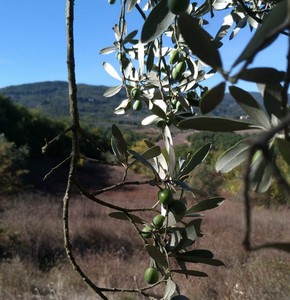 “With Moses we see the end of the mountaineering of sacred history, which began in reverse, downhill, with Noah who finds himself docked at the top of the Ararat with his basket boat and from there descends with the saved representatives of zoology..."

Western civilization was built around the idea of wealth and development - understood as the accumulation of things and as growth. This principle of quantity was then united with the ancestral conviction that purity and perfection are at the top and imperfection at the bottom; that the impure has to do with the earth and with the hands, and the pure with the sky. That the spirit is superior because it isn’t matter, it isn’t body. And so the types of work that touch the earth and make use of the hands are low, impure, worthless, while those that use the intellect are noble, high, spiritual, holy. This archaic vision of good life as "growing upwards" has almost penetrated the entire Bible, despite the hard struggle in which the prophets, the books of wisdom and Jesus have engaged with it. And, with the help of a spirit of Greek philosophy and Gnosticism, we found ourselves in a Middle Ages and so in a very unbiblical modernity, with treaties of mysticism that read spiritual life as a climb of the "beloved mountain", as an accumulation of mystical goods, a fight against the body and the flesh. We have therefore extended the law of upward growth also to spiritual life, imagined as an increase, an ascent and liberation from the body to fly lightly in the sky of the spirit.

But reading spiritual life with the categories of accumulation and estrangement from the earth distances us above all from the heart of the biblical message. And it produces an interesting paradox: at a time when, thanks to the action and thought of good Christians and great Popes, we are struggling to overcome the paradigm of growth and are rediscovering the theological value of the earth and the body, in terms of the spirit we continue to reason with the same categories that we want to overcome. A dangerous and generally neglected misalignment it is. Yet Francis of Assisi began his extraordinary human-spiritual adventure by kissing a leper, and in that kiss there was, perhaps, the most revolutionary and precious message of biblical and Christian humanism. The Bible is a song about the spiritual value of creation, which invites us to find God above all down here, among people and the poor, in his favourite dwelling place. When, at the end of his radical search with no consolation, the wise Qoheleth wanted to tell us where we could find something that was not in vain "under the sun", he pointed to the most ordinary and corporal human activity: «Behold, what I have seen to be good and fitting is to eat and drink” (5:17).

And at the height of salvation history, to say the unthinkable and the impossible, the fourth gospel did not find a truer and more wonderful expression than this: "And the Word became flesh and dwelt among us". The logos, the word that was already God, became even more God by becoming a child, "born of a woman" like us, like everyone else. To tell us that if man's dream is to become infinite and omnipotent like God, God's dream is to become finite and powerless like man. Christmas is immense because in that infinite light of the night of Bethlehem there is the same light of the night that envelops a child who is born and by being born, brightens it up. Because if that child in the manger was a real human being (and he certainly was) then every birth is a Christmas, and the purest spiritual act that happens every day on earth is a child that comes to the light from the womb of a woman. We will never stop to understand that when the Gospels told us that the crucified one was still alive beyond death with his body - a different body, but still a body - they left us a human legacy of extraordinary value, which we have squandered in greater part. Because despite Christmas, despite the death and resurrection of Jesus, we continue to think of religion in ways and forms that still focus on pure/impure and low/high dichotomies and on the blessing associated with growth.

Therefore, a logos that became flesh and then was risen with the body contains a radical revolution even in the way we understand the spiritual journey. When one really "climbs" the Carmel Mountains, on the top one does not see more of God and heaven, but one sees more of men and earth. As time passes, religious certainties diminish, but humble knowledge about man increases. But we long for the first days of light and experience the progressive ignorance of God and the depopulation of the sacred landscape as failure and nostalgia. But actually, perhaps we are only doing what we had to do; we are simply becoming what we had to be. Because even though the images that many mystics have used are almost always peaks and mountains, in spiritual life we do not go up: we go down. Paradise is always at the beginning, in the first days of the encounter and of the call, which can also be many and they can last many years. There, in the beginning, the sky opens, there we see the angels going up and down on the ladder of paradise. But then we leave, and life becomes an exit from that first paradise, because the meaning of that open sky was to make us improve the earth of all, not to keep us up there to "consume" that splendid spiritual good. At the same time, we should be very concerned if that first heaven prevents us from loving the earth.

Mountaintops in the Bible are almost always the places of the sanctuaries of Baal and sacred prostitution, which were and are much more numerous than the Sinai type of mountains. The first summit of the Bible is Babel, and the ascent to Tabor was a preparation for the ascent-descent to the underworld of Golgotha. Walking in the spirit is a bending down to earth and not ascending to heaven. It is becoming more human and not more divine, more human beings and not more angels. To discover oneself more and more passionate about all that is alive, about the words and deeds of men and women over the years, to appreciate the ordinary beauty of things. We had left our people by distinguishing ourselves from, and sometimes criticizing or despising the "normal" life of our parents, brothers and comrades; and one day we come back, we look at them, and the desire-prayer arises within us to resemble our grandparents, parents, even the good normality of the old neighbours - because nothing is missing from life.

Spiritual life makes us bless our lives, walk the streets gratefully, being always amazed to be immersed in "things" and among people who live and love us. To value the infinite beauty of the world, to love it to the point of feeling the pain of having to leave it one day. A bad (and worst) kind of sign is, however, to praise the sky and curse the earth, to defend God and condemn people, to feel surrounded by an ocean of evil where the only good oasis is us. It is the descent to earth that tells us that that piece of heaven we saw on that day long ago was neither hallucination nor fiction: it was only the beautiful dowry of the wedding. Every vocation is a word that becomes flesh, an emigrant who leaves heaven for the earth. In the Bible many prophets began their mission with the sky open and a voice calling them by the name. They began in paradise and ended their journey by touching the hell of the world's pain. Samuel, Isaiah, Ezekiel, Paul, Jeremiah and Moses were called in an epiphany of light and words. Then, after leaving paradise, they came down and began their vocational story in search of man. They came down from the dialogue with the voice of Sinai and learned to dialogue with men. They freed slaves and crossed the sea. It is below the mountain that the prophets spoke their most divine-human words. Inside the cisterns, in exile, amidst beatings and persecutions, in the inarticulate cry of the cross.

Isaiah began his mission with the open sky, with angels, words and visions. But when he reached the peak of the maturation of his vocation (ch. 21), he became aware of being a "watchman of the night" who carried out his mission by listening to the men and women who approached him asking: 'watchman, what time of the night?” without knowing the answer. We begin by thinking of offering answers to the questions of others about God, and one day we realize that we are as ignorant as everyone else, but we can offer and receive human companionship. Spiritual journey is a passage from the many discussions about God to the very few words that stop at the threshold. But we don't know, no one tells us and we fight against the misalignments we see growing and the famines of words, because we don't realize that while the words about God are less and less, those about life and men are more and more. Sometimes we forget how to pray to God, but we learn to pray to man. The main and perhaps only sign that spiritual life is flourishing and bearing fruits is to become more capable of humanity (in the - very biblical - metaphor of the tree, the fruits are born on the death of flowers and their colours). An expert in spiritual life is someone who knows how to speak of people's lives above all (of the loves and pains of the human condition) and who speaks very little about God, because he or she has intuited the mystery therein or in order to cure the many religious words spoken daily by those who know God only from "hear-say", and therefore do not know man, either.

During the journey, the intimate dialogues with the voice of the first days are reduced until sometimes they even disappear, because they take the form of the potter's clay, of a jug, of a belt, of a yoke to carry through the streets of the city. The light and the sight of God at the beginning were essential to understand one's place in the world and to start out on the journey. Then there is the light and the view of the earth, and nothing is missing. The first and last gift of a vocation is a different and more human vision of the earth, life and people. We always leave for heaven. But the journey gets blocked if one day we do not understand that the only possibility for us to see God again after the first days lies in the eyes of men and women, the only true image of God available on earth. And so, just when it seems to us that we have failed our task because that face of God we have been looking for appeared more and more distant, we realize that in all those years spent looking into the eyes of men and women we have learned to know God, without knowing it. 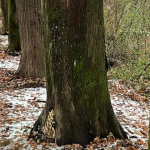 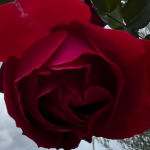 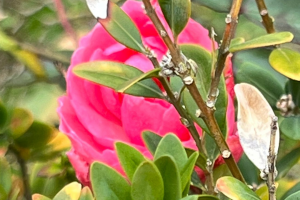 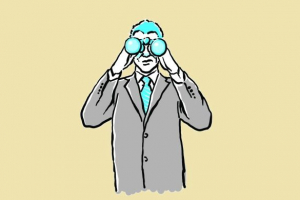 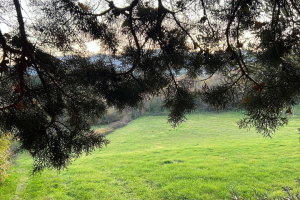