The Road to Damascus Is Normal 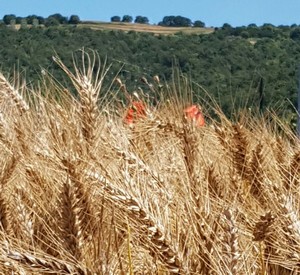 Narrative capitals are pluralistic. Not all the stories they are composed of have the same value. Only a few are able to carry the weight of the new construction. ‘Wheat’ and ‘weeds’ are found in all fields of the earth, including those special fields where our ideals grow. At the beginning we must grow all the plants in the field, because - as the great evangelical metaphor says - if the peasants intervened to eradicate the weeds they would also tear away the good and precious ears of wheat.

Preserving all the ears of good wheat is a vital duty and a moral imperative of the founders and the first generation of a community and an ideal-driven organization (IDO), and this rightful concern to preserve the entirety of the experience and its narrative capital means that when the foundation phase ends, the harvest includes good wheat mixed with the weeds. So the heritage that the founders leave us is always a legacy of wheat and couch grass.

Some organizations become extinct because, already in the original phase, they do not know how to live with the presence of weeds and the inevitable impurity of incarnations. So they try to immediately separate the bad grasses from the good ones and don’t allow all the seeds to reach ripeness. Also because, unlike the real seeds and fields, the genuine components of our ideals can be distinguished from the bad ones only with the passing of time, and often what seemed to be discordant at the beginning, later flourished in wheat, and vice versa. Ideals grow well only by getting contaminated by all the nearby vegetation. They nourish off the same substances, live in osmosis with very different trees and, sometimes, also with poisonous fungi (that are only poisonous for those who eat them, but not for the other plants). Sometimes these flowers and plants are so delicate that they can grow only because they are protected by the shadow of less noble trees that, however, are more resistant to scorching heat. Only bonsai trees can live in the sterile places of our living rooms. They do not bear fruit, they have no roots, and they do not grow. Real stories are written with entire chapters of novels written by others and with passages of myths of surrounding ‘pagan cults’. No narrative capital is entirely new. Most of its ideas and stories are inheritance, even when the writer of a new story is not fully aware of them (because he or she fears that recognizing the gift of the past reduces novelty). Whoever begins to live and tell a community, corporate or political story inherits and generates wheat and weed.

But - and this is the most delicate and crucial process - those who come after the foundation phase tend almost inevitably to identify weeds only in the first inheritance, i. e. in the ideas and stories that the founders found as materials that existed prior to their new house, and to consider all good wheat that was produced by the founder. They thus attempt a first separation by looking for weeds only ‘outside’ and ‘earlier’, not ‘inside’ and’ ‘during’ the original words of the founder. In some cases we end up writing a new narrative capital by completely eliminating the old ‘contaminated’ stories inherited from the past and the environment, composing new stories using only what we think is new and original of the available materials. And so the weeds also present within the new ideas and stories of the foundation grow undisturbed because they are confused with wheat. Until one day the good fruits (new members and vocations) are finished, suffocated by weeds disguised as wheat.

Sometimes, at this stage of narrative famine, the post-foundation community has the gift and strength to realize that if it wants to hope to save itself, it must courageously begin the separation of wheat/weeds even inside the original narrative capital of the founder. Usually it is not without internal resistance that they begin to have a more mature and ‘distant’ look at the ideas, writings and stories of the foundation in search of really good wheat.

But even in these necessary operations it is very easy to find ourselves having exchanged the weeds with wheat. This is due to a very common mistake. It is thought that the true and good part of the narrative capital lies in its most spectacular and sensational elements, and so the more sober, simpler, poorer and more ordinary components are torn away. It’s a serious and widespread error, especially in the experiences born of spiritual and religious charismas. In these founding stories there are events, key episodes and narrations that were most impressive for the imagination of the founders themselves and later for the feelings of their first followers. They are often linked to facts that lie at the boundary between the natural and the supernatural, between the ordinary and the miraculous. In some cases they take the form of stories of visions or special revelations and in general they seem to be secret, often Gnostic and mysterious.

Each foundation, especially if it originates from a rich and deep charisma, is surrounded by this narrative component. Even the Church of the early days, for example, abounded in such stories, of which it also nourished and enriched herself. The time came, however, when the first Christians had to govern the proliferation of this spectacular and miraculous narrative component. Thus, among the many stories that circulated in those second and third phases, only four gospels and few other texts were chosen. Today we know that some (perhaps many) episodes and words contained in the apocryphal and Gnostic Gospels were no less ‘true’ than the facts and words preserved in canonical texts. Many tales bloomed in a period farther from the first historical events, when some began to think that the first sober and essential kerygma wasn’t enough spectacular and secret to convert and conquer. But without that operation of separation and discernment the primitive Church would have been devoured by its own stories. The most sensational part that circulated about the life of Jesus and the apostles would have eaten up the overly sober stories of a young woman from Nazareth, the beatitudes for the poor and the afflicted, the story of the passion and therefore of the resurrection, which would have been equated to the many miracles of Jesus, to the ones that were similar to the deeds of the false prophets and magicians, or to the ‘resurrection’ of Lazarus. In the abundance of extraordinary stories, those first communities had to ‘sacrifice’ some real or probable facts in order to save the novelty of their own story capable of generating present and future. It is surely no coincidence that the resurrection of Jesus was accompanied by very few descriptions. The scene includes a few frightened women, a young man wearing white clothes, a gardener - incredulous people. The oldest manuscripts of the oldest gospel ended with these beautiful words, commenting on the empty tomb seen by the women: “and they said nothing to anyone” (Mark 16:8). In Paul’s letters there are no stories of the miracles of Jesus, only that of a ‘miracle’ of a crucified-and-risen person who is alive and is met by others along the way.

In moments of crisis of stories to tell, it is too easy to think that today’s new stories will have to start from the most striking stories of yesterday. We deceive ourselves if we believe that telling about past miracles is enough to generate new ‘miracles’ that would be needed today to continue the journey, and are missing. As if to revive the original reality it was enough to simply remember the special deeds of yesterday, and not relive them. We fall into a consumerist syndrome, which is as likely and tempting as rich of special events the foundation was, and we run the risk of blocking the next generation in the gluttonous consumption of sterile memories. Another resource curse: the more colourful the past is, the more faded the present risks of becoming, since the present is then lived by consuming the past, forgetting the future. Here the fatal error lies in the lack of understanding that the special gifts received in the founding phase were only ‘the wedding gift’ from which a beautiful (because ordinary and possible for all) new life was born. They are unique and unrepeatable experiences because they are linked to the revelation of the "prophetic" vocation of the founders. The fruitful inheritance that the founders leave us is not only dowry received as a gift, but the life born of those weddings. It’s a living child, not a shimmering, sterile diamond.

When this error occurs, the extraordinary part of the narrative capital, which is also part of the inheritance, becomes ‘bad money’, not because it is bad or false in itself, but because, in a new version of the old Gresham’s Law, it ‘drives out’ the ‘good money’ of the hard work of those who are seriously and humbly trying to write a new beautiful normality in life after the crisis of the first stories. This work of writing generative narrative capital is thwarted by the sellers of the memories, special effects and fireworks of the early days that are no longer there. It was not the big grey dog appearing to Don Bosco that generated the great Salesian educational movement; it was born above all from the very average ‘whistle’ that the young John Bosco provoked from the youngster named Bartolomeo. It was not the events recorded in “Fioretti” or the stigmata of Saint Francis that generated and regenerated the Franciscan movement, but the radical and tenacious fidelity of Francis to the ‘Madonna of Poverty’ of the Gospel. Isaiah did not save and nourish his people with the story of the vision of seraphim in the Temple on the day of his vocation, but with the humble prophecy of a child and a small faithful remnant, which fuelled non-vain hope during the exile, and which today continues to nourish our love-filled waiting that never ends.

The sensational and extraordinary experiences of the foundation are beautiful seeds, but they don’t reproduce, and they only tend to throw the IDO back into the past, to make it addicted to narcotic substances. The new good narrative capital is not that of the memories of the miracles of yesterday, but the one generated by the new tales of today’s real and simple life.

In narrative capital crises there are always very few remaining resources. An IDO saves itself if it does not invest these in the consumption of its own extraordinary stories of the past, because it understands that the good wheat was to be found in the normal life of the first phase, in those facts that can still sprout many others because they are so extraordinary as to be ordinary, so finite to be really infinite. The story of a crucified man, a friend of sinners, fishermen, of those who forgive, of those who are forgiven, of communities that simply live in mutual love. Only on these normal and dusty roads of Damascus is it still possible to fall off the horse. 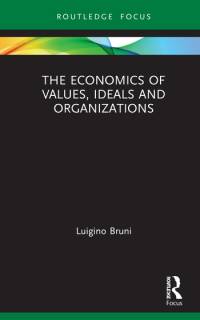 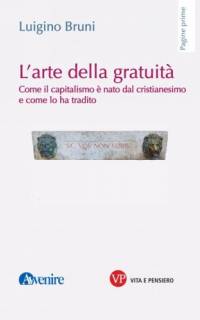 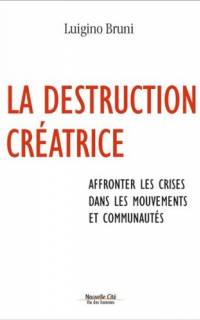 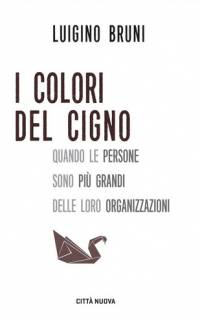 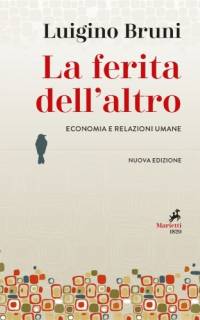 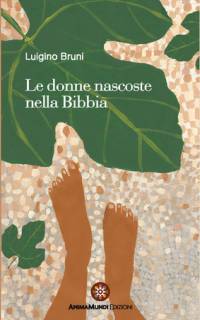 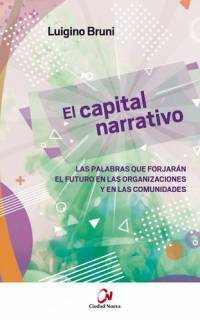 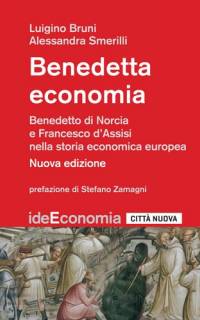 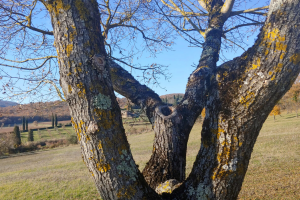 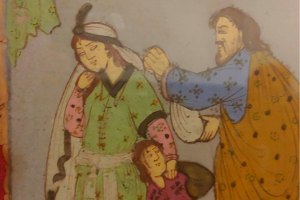 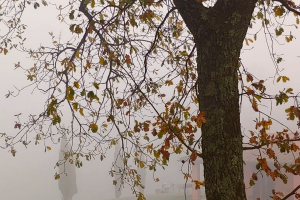 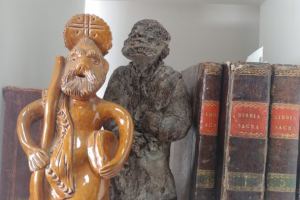 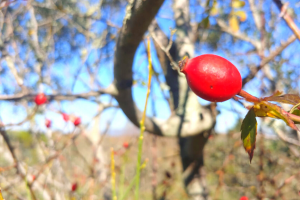