A friend’s promise is a real one 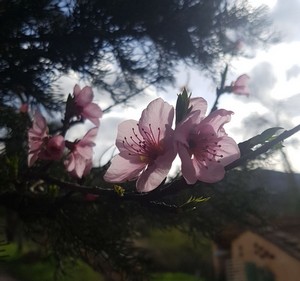 Love is one, but there are many loves. We love many people and many things, and we are loved by many, in different ways. We love our parents, children, girlfriends and wives, brothers and sisters, teachers, grandparents and cousins, poets and artists. And we love our friends a lot, too. Human love is not limited to human beings. It reaches the animals, touches the whole of nature, even God. To say love, the Greek world had two main words, eros and philia, which did not exhaust its many forms, but offered a semantic register that was richer than ours to decline this fundamental word of life. A lexicon that was able to distinguish the 'I love you' said to the beloved woman from the 'I love you’ said to a friend, and at the same time recognize that the latter was neither inferior nor less true than the former.

Christianity then added a third Greek word to express another tonality of the same love, already present in the Jewish Bible and, above all, already present in life. This third and wonderful word is agape: love that knows how to love those who are not desirable or the non-friends. These three dimensions of love are often found together in real and important relationships. Certainly, in friendship philia is never alone, because it is the one with the strongest need of friends. It is accompanied by a desire-passion for the friend and is sprayed with agape that allows it to last forever, to rise again from our failures and fragilities. A friendship that is only philia is not warm and strong enough to not leave us alone on our paths. But it is philia that binds eros and agape together, and ties them together - Jesus also needed the register of philia to communicate his love to us. In those very few friendships that accompany us for long stretches of life, sometimes to the end, philia also contains the colours and flavours of eros and agape. The ones involved are those friends whom we have forgiven and who have forgiven us seventy times seven, those who when they did not return were awaited and desired as a bride or a child. Those we have embraced, kissed like or differently from other hugs and kisses, those with whom we have mixed tears many times until they melted in the same salty drop. Few pains are greater than the pain of a friend's death - on that day, a piece of the heart stops beating, and it never starts again. The Bible, an expert in humanity, knows the grammar of human relationships and feelings very well and offers us some wonderful passages on friendship. And so it uses the same word - ahavah - to describe the love between father and son, the erotic and sensual love between a young man and a young woman, and also the love between two friends.

With Jonathan, son of King Saul, friendship makes its appearance in the Bible. And it is a beautiful appearance, a true song of love-and-friendship. Jonathan is a prince, he is a warrior, but above all he is a friend. The text introduces him to us as someone who is also conquered by David’s charm: “Then Jonathan made a covenant with David, because he loved him as his own soul” (1 Samuel 18:3). A solemn pact was made between them, perhaps a 'covenant of salt', where the non-corruption of salt was a symbolical expression of 'forever’ in the Bible. The Bible knows what a covenant-pact is, and if it uses this word to talk about friendship to us, then it is saying something important. Something important that Matteo Ricci, the missionary from Macerata, also said (Lì Mǎdòu (利瑪竇)), whose first book in Chinese was on friendship (1595).

As if to serve as a background to the friendship between David and Jonathan, after introducing this pact of friendship, the text takes us back to Saul, who is 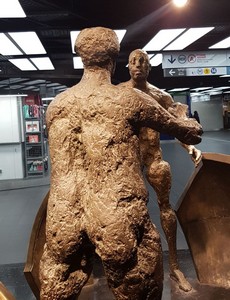 increasingly persecuted by his evil spirits. David returns home after defeating Goliath, and the women of the city go to great him, singing and dancing to the sound of their drums: “Saul has struck down his thousands, / and David his ten thousands” (18:7). Women, another element that will be a constant in David's life, make their solemn entrance dancing, in a row, one after the other, with the typical prettiness and grace of their body movements. They celebrate David's victory, but above all YHWH's victory. Like Miriam, Moses' sister, who sang playing the tambourine for the women's dance after crossing the sea. Saul said: “»They have ascribed to David ten thousands, and to me they have ascribed thousands, and what more can he have but the kingdom?« And Saul eyed David from that day on” (18:8-9). And then, under the action of his evil spirit, he throws the spear at David: “»I will pin David to the wall.« But David evaded him twice” (18:11).

There is a strong contrast between the good gaze of Jonathan and the cross-eyed look of Saul. Envy and jealousy are a matter of eye contact. Jealousy and envy are twin feelings that feed one another, although the latter has a binary structure (Saul envies David's success), while jealousy is ternary (David can take the kingdom away from him). As the tragedy of Saul develops, the text continues to show him to us as the victim of YHWH's evil spirit, at the mercy of his sad fate as a chosen king who was then discarded. It is a high form of mercy that writers show towards their characters, which makes mercy on earth greater than that of flesh-and-blood men and women (and in this the artists resemble God a little, because they can love, forgive and save their creation, in an act of absolute freedom).

By now Saul is obsessed with David, and begins to plot plans for his elimination. He promises to give his eldest daughter (Merab), to him but “at the time when Merab, Saul's daughter, should have been given to David, she was given to Adriel the Meholathite for a wife” (18:19). But Saul's other daughter, Michal fell in love with David, and Saul was happy, because he thought, “Let me give her to him, that she may be a snare for him” (18:21) - this episode echoes that of Jacob with Laban's two daughters, Rachel and Leah. Saul asks for “a hundred foreskins of the Philistines” (18:25) as a bride-price from David, and he gets it with great surplus (two hundred foreskins).

Michal, however, did not become a 'snare' for David. Instead, she saved him from Saul's murderous madness, helping him to escape on the night when her father wanted to kill him: "Michal took an image [idol] and laid it on the bed and put a pillow of goats' hair at its head and covered it with the clothes. And when Saul sent messengers to take David, she said, »He is sick«” (19:13-14). David is protected by the love he generates in those who are close to him.

In fact, in the other story of his escape from Saul, David, in agreement with Jonathan, does not appear at the banquet for the feast of the new moon. When Saul noticed the absence, and Jonathan gave the (false) explanation for David's absence (he went to Bethlehem), the king’s "anger was kindled against Jonathan. He said to him, »You son of a perverse, rebellious woman, do I not know that you have chosen the son of Jesse to your own shame...?« (...) Then Jonathan answered Saul his father, »Why should he be put to death? What has he done?« But Saul hurled his spear at him to strike him” (20:30-33). Jonathan openly confronts his father, defending David's reasons, thus risking his own life. He could have not done so. But he was loyal. Loyalty is an essential component of any authentic friendship. It takes on the costly consequences of a relationship when they could be avoided, too. Often it consists in speaking up, sometimes it is silence, at other times it manifests itself in not reporting the bad words of others to a friend which had the sole purpose of hurting him. It is acting as if the other were always present.

David and Jonathan depart from each other renewing their pact of friendship and unity: “And as for the matter of which you and I have spoken, behold, behold, the Lord is between you and me forever” (20:23). In the Covenant with Abraham, God passed among the slit animals. In these friendship pacts, God passes 'among' friends (Matthew 18:20). It is therefore a pact that cuts through space and time. It involves our descendants, our children we have and will have, our parents and grandparents. Friendship pacts, unlike wedding pacts, are usually not celebrated with words. They are almost always silent pacts. Sometimes, however, in a maturing friendship there can also be explicit pacts, celebrated even with words. Such are, for example, those friendship pacts that form the basis of new communities and movements, whether civil or religious, generated by two or more friends who say special words at a special time. The context of the account of the friendship between David and Jonathan is that of a sacred covenant, of a solemn pact, of a spiritual fraternity. It makes us think of Francis, Clare and Elijah, Kico Arguello and Carmen Hernández, Francis of Sales and Joan of Chantal, Chiara Lubich and Igino Giordani, Basilio and Gregorio, Don Zeno and his mother Irene, Gandhi and his first companions in the 'Salt March', and the many friendship pacts, implicit and explicit, which have generated unions, cooperatives, companies, political parties, resistance groups and liberations. Affectionate and chaste pacts, all intimate and inclusive, bound and free, never jealous, always generous and immensely generative.

Before greeting him, Jonathan had told David: “Come, let us go out into the field” (20:11). This is not the first time the Bible reports this sentence. It is what Cain had said, too (4:8). The friend is the anti-Cain, someone who invites you to go to the fields to save yourself. The invitations of Cain, the fratricidal, and those of Jonathan, the friend co-exist on earth, they live side by side, they tend to cross each other. Sometimes we discover that the other is not Jonathan but Cain only when, arrived in the fields, we see his hand becoming different. And those are our saddest days. At other times we discover that the one we thought was Cain was actually Jonathan. Humanity continues its history because the 'invitations of Jonathan' are more numerous than the 'invitations of Cain', because there are more friends than murderers.

On another day, another friend, the greatest of all, was put on a cross by another fratricidal hand. Under the cross there were women - and a friend. That time, the women and the friend could not save him. But those friends saw him alive again, and we, his friends, continue to wait for him, in the company of Abel and all the victims of history. We are waiting for him because he promised us that he would come back, and a friend's promise is true.
Happy Easter. 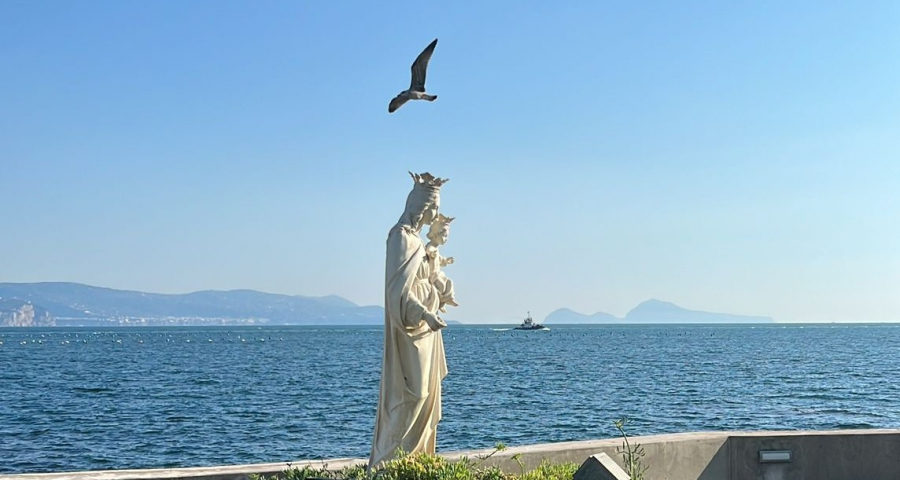 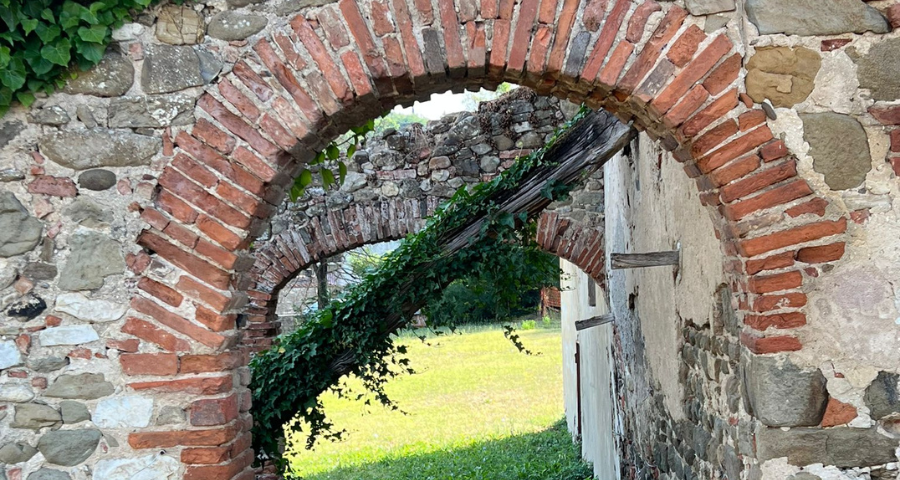 ﻿Those three touches of the angel (Beyond fear) 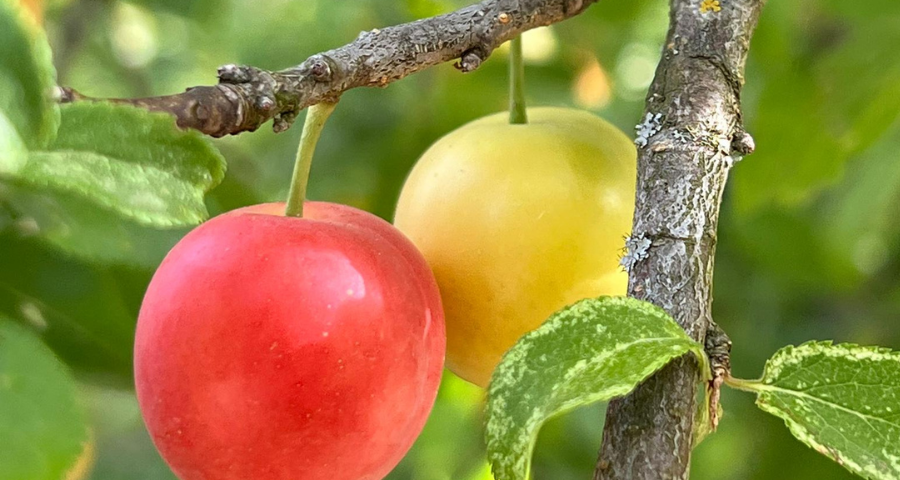 Beyond the great illusion 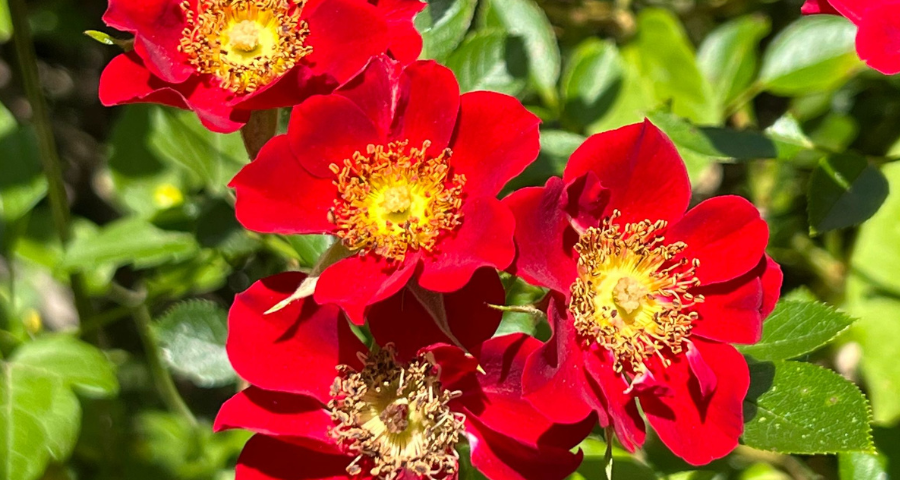 ﻿Anti-envy is a common good